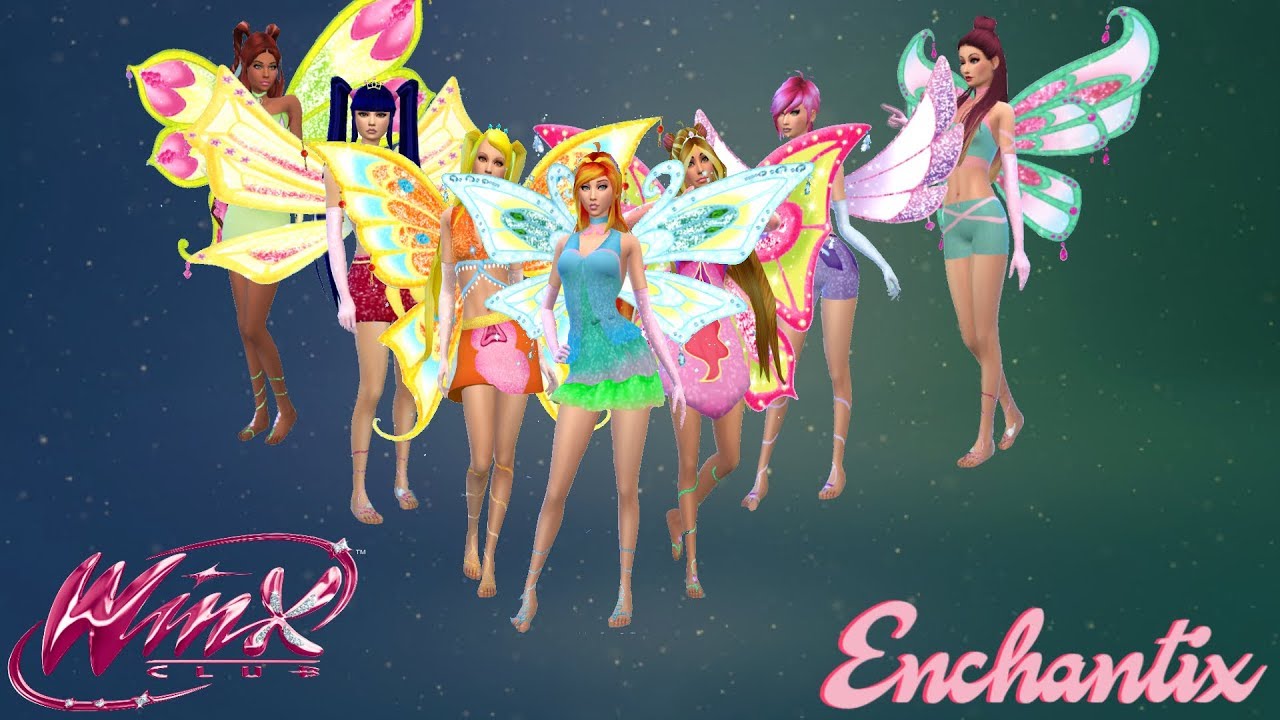 Winx Club follows the adventures of a group of girls known as the Winx, students (and later graduates) at the Alfea College for Fairies, who turn into fairies to fight villains. The team consists of Bloom, the red-haired leader with flame-based powers; Stella, the fairy of the Sun and Moon; Flora, the fairy of nature; Tecna, the fairy of technology; Musa, the fairy of music; and Aisha, the fairy of waves.Roxy, the fairy of animals, occasionally joins the Winx and all three of the show’s production companies refer to her as the Winx Club’s seventh member. The main male characters are called the Specialists, a group of students and later graduates of the Red Fountain school who are romantically involved with the Winx fairies. They include Bloom’s boyfriend Sky; Stella’s fiancé Brandon; Flora’s boyfriend Helia; Tecna’s boyfriend Timmy; and Musa’s boyfriend Riven. Unlike their female counterparts, the Specialists do not have magical powers and instead train how to fight using laser weapons. The Winx and Specialists’ most frequent adversaries are a trio of witches named the Trix: Icy, Darcy, and Stormy, all of whom are former students of the Cloud Tower school.

You can download them on my Patreon:
Patreon.com/freyssims
They’re all free except for Roxy
Roxy comes separately because I made her wings and outfit myself.